If you are also planning to get a new phone within 10000 so here is the list of Mobiles under 10000, then today we are adjusting some smartphones, which you can buy. So let’s know which smartphones are in the 10000 range.

The year 2020 is going to end. Although this year was not special for the mobile market, many companies have launched many great phones in the range of 10000, also we just updated the affordable Mobiles under 10000. If you are also planning to get a new phone within 10000, then today we are adjusting you some smartphones, which you can buy. So let’s know which smartphones are in the 10000 range.

Secondly, If you have to buy a new smartphone under 10000, then this phone of Motorola can become your choice. The Moto E7 Plus has a 6.5-inch display with HD + resolution, above which a Waterdrop notch has been given. This phone is equipped with Qualcomm Snapdragon 460 processor. The phone has 4 GB of RAM. The phone has a rear-mounted fingerprint scanner feature. Its price is 9,499 rupees.

Redmi 9 has a 6.53-inch HD + display, which comes with Waterdrop Notch. This phone is equipped with a MediaTek Helio G35 processor, which comes with 4 GB RAM. A 5,000mAh battery is provided in the Redmi 9, but a 10W charger is available in the box. This phone of Redmi works on MIUI 12 based on Android 10. The price of this phone is 8,999 rupees. You can also add this item to your bag as it is also the best fit for Budget Mobiles under 10000.

The 3GB RAM and 32GB storage variant of Realme C12 is priced at Rs 8,999. The sale of this phone will start on August 24. This phone will be found in Power Blue and Power Silver color variants. Realme C12 has a 6.5-inch mini drop display. For performance, MediaTek’s Octacore Helio G35 processor has been given in it. This phone supports dual sim. This phone works on Android 10 based Realme UI. For power, it has a 6000mAh battery, which is given a 6000mAh battery. The fingerprint sensor is also given on the back panel of this phone. Realme c12 is also a best match for mobiles under 10000.

We hope that you got a clear idea to buy Mobiles under 10000. Go ahead and buy a new one. 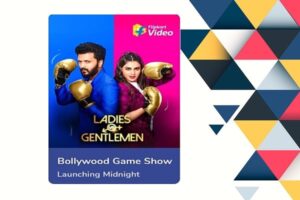